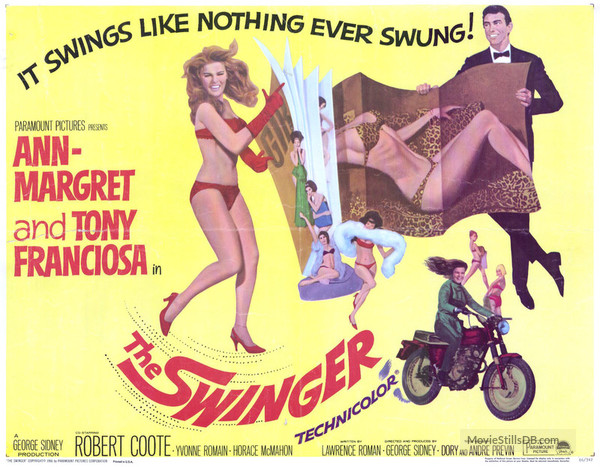 It is an American sex comedy in which the motorcycle do not has a main part but it is very well fitted to characterize the starring Ann-Margret (Kelly Olsson). Here some tease.

This movie is reflective of the times. The fashion and music of the movie is indicative of what people were wearing and listening to in 1966.

The Woodstock era and the follow on Easy Rider type films were several years away. In 1966, psychedelic was a term more associated with loud colored fashion, and also alluded to a promiscuous lifestyle, rather than LSD.

Directed and produced by George Sidney